Messages are sent by creating a transaction with the data field containing an encoded envelope. Each blockchain protocol may have differences in the way data and transactions are handled. Mailchain uses a standard format plus any protocol specifics.‌

In the web interface, a user composes a message which is sent to the Mailchain client via an API, messages can also be sent programmatically via the API. The following fields are available to compose a message:

Before sending the message it needs to be prepared. The Mailchain client handles this by building fields, generating a contents hash, and encrypting the contents.

The client adds the following fields to each message:

Contents hash provides cryptographic proof to check the message has not changed from when it was initially included in a transaction. The default hash function isSHA3-256.

The message is encrypted using the recipient public key, the default encryption method is AES-256-CBC. The encrypted message can only be decrypted by the owner of the private key that corresponds to the public key.

An integrity hash is created from the encrypted message, providing a basic integrity protection layer prior to message decryption.

Integrity hash is intended to ensure the message has not been tampered with before attempting to decrypt the message. No cryptographic proof is required for this hash, the default method ismurmur3.

To complete sending the message to a recipient, the client will store the message, create an envelope, and send a transaction.

A consistent characteristic of blockchain protocols is that storing bytes has a cost. Mailchain messages are stored 'off-chain' to minimise the costs of storing messages 'on-chain'. The Mailchain specification details the requirements for a message store.

​Programmable envelopes provide a specific wrapper around each message. Envelopes differ in functionality to support different message use cases. Envelopes are marshalled into bytes and can be encoded per the blockchain protocol encoding requirements.

To transmit the message to the recipient, a transaction is sent from the message sender to the message recipient. These transactions are similar to standard transactions with the exception that the data or equivalent type of field is used. The information included in this data field includes: a protocol prefix followed by the mailchain prefix, and then the envelope represented as bytes.

The following fields are then encoded to build the transaction data:

The data is combined as [protocol-prefix]+[mailchain-prefix]+[envelope]and encoded according to the preferred protocol encoding standard (e.g. hex, base32, base58, etc.).

To send the transaction, the remaining transaction fields need to be supplied, before it is signed and transmitted as per the protocol requirements. ​ 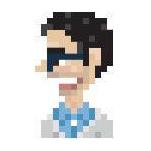